Whatever happened to WKW’s “The Lady From Shanghai”?

First and foremost this is not a remake of the 1947 Orson Welles film of the same title, nor is it based on its source novel “If I Die Before I Wake” by Sherwood King.
In interviews with Italian magazines, Wong Kar-wai said that:
“The first one is a thriller between China and USA, “The Lady From Shanghai”, but it is not a remake of the Orson Welles film. I have choosen Nicole Kidman because she is really good, brave and she works with everybody. I will treat her with all my heart, as always I do with my actresses, that I choose for different qualities. Nicole, that I have admired in “To Die For“, has the character of the Hitchcockian star: is elegant, is dangerous and in danger.” (Corriere della sera)
“To turn Nicole Kidman into The Lady from Shanghai, is a thought that doesn’t make me sleep the night. I dream with open eyes.” (Messaggero)
The long-mooted thriller directed by Wong Kar-wai and starring Nicole Kidman has been shelved indefinitely in favour of “The Grand Master”.
It may be possible that the project could be resurrected after filming on the Yip Man biopic is completed although it’s most likely abandoned.
In the meantime, let’s take a look a closer look at its turbulent history. “According to The New York Observer, Nicole Kidman has reserved six months of 2004 to work on an untitled Wong Kar-Wai movie. Wong has confirmed to Hong Kong’s Oriental Daily that he had been in contact with Kidman. He has told her that six months might not be enough and Kidman said she knew Wong Kar-Wai’s way of working (very, very slow actually). Wong said he would meet Kidman next month in Hong Kong, Shanghai or somewhere in the States, to discuss the detail. However, Wong has yet come out a story for the film and his current “2046” has yet shown any sign of wrapping up.”
http://www.monkeypeaches.com/0309M.html
http://ent.sina.com.cn/2003-09-19/0147202957.html

29 September 2004
“The working title of the upcoming Wong Kar-Wai film starring Nicole Kidman, is The Lady From Shanghai.
The story will be set in the 1930’s Shanghai, the birth place of Wong Kar-Wai. Japanese actor Takeshi Kitano has also been mentioned as the candidate for playing the “bad guy“. (William) Chang Suk-ping, the art director and costume designer for most of Wong’s films, has arrived in the United States to work on Nicole Kidman’s character. Shooting will start in February, most likely in Shanghai.”
http://news.xinhuanet.com/english/2004-09/29/content_2037660.htm

20 October 2004
According to this article, Nicole confirmed in an interview the other day that she will be working with Wong Kar-wai on his new film The Lady from Shanghai. She also disclosed that the film’s other leading actress will be Gong Li. Unfortunately, these two actresses will not have the opportunity to share screen time. According to Kidman, the director renowned for his slow and meticulous filming process, actually had already quietly completed most of Gong Li’s scenes within 5 weeks. She also revealed that she had spent considerable time in New York with Wong Kar Wai discussing the script, in preparation for the actual filming.
Even though WKW has completed part of the filming, he cannot expect Kidman to be as accommodating with her schedule as the cast of “2046”. She currently has 3 films on her slate, with “Bewitched” nearing completion and “Eucalyptus” and “The Producer’s” yet to come. “The Lady From Shanghai” will have to wait until after these films are completed.
http://ent.sina.com.cn/m/f/2004-10-20/0807538205.html

21 September 2004
“One year ago Nicole Kidman said she would work with Wong Kar-Wai in a film and nothing has happened ever since. Now according to a short message “Grozilla” wrote to AICN, the project is still alive and a French producer is “very close to sign the next Wong Kar-Wai film, with Nicole Kidman as the main female part for sure.” Takeshi Kitano (Zatoichi) has also been mentioned as the candidate for playing the “bad guy”. The story would be set in Shanghai during the 1930’s.”
http://www.monkeypeaches.com/0409M.html#040921B

7 November 2004
This article revealed that Gong Li, who’s in the U.S. filming “Memoirs of a Geisha” will not be in “The Lady From Shanghai” as widely reported. Because of Gong’s scheduling conflict, Wong Kar-wai has not planned on including her in the cast. WKW’s biggest headache at the moment is Nicole Kidman’s series of pending films which create scheduling challenges. As Nicole is currently the highest paid Hollywood actor to film in China, WKW also worries about avoiding media intrusion, providing adequate security measures and selecting the appropriate film locations.
http://ent.sina.com.cn/2004-11-07/0626557389.html

7 January 2005
“After completing publicity tours for 2046, Wong Kar-wai recently toured several locations in China and Europe to scout film locations for “The Lady From Shanghai”, which will star Nicole Kidman. As this is his first time working with Nicole, as well as his first English-language film, WKW has expended a lot of energy to scout locations, research the film’s era (said to be in the 1930s), as well as fine-tuning the movie plot. He has several different themes for the movie; but at the present time, he has not yet finalized the movie plot.
Filming was originally scheduled to start in March, but may have to be delayed until April because of Nicole’s scheduling conflict. This is the first time ever that WKW has to accommodate an actor’s schedule. That goes to show the Nicole’s stature in the eyes of WKW.”
http://ent.sina.com.cn/2005-01-07/1420622286.html

25 January 2005
“When Wong Kar-wai held a press conference for 2046 in Bangkok over the weekend, he began to disclose news he was preparing to cooperate with Hollywood star Nicole Kidman. This time the Hong Kong director plans to put Kidman on center stage of his new production “The Lady From Shanghai”, which begins shooting in June. Wong said Kidman did not request to see the screenplay, which fully reflected her trust in Wong.
It seems Kidman has already prepared to adapt to Wong’s trademark directing style, which focuses less on the script and more on on-the-spot shooting. Wong also revealed Kidman already knew the major plot line of the story. The story is inspired by a lady in danger and mixes love with espionage. The movie will be produced in Shanghai but features an international cast. Therefore, selection of the working language to be employed during shooting attracted plenty of attention.
“The movie will mainly feature English, but it is not decided yet, as the whole script has not been finished yet,” said Wong. Some news sources have reported that Kidman plans to commit one year to the movie, as Wong is famous for his slow process of shooting. However, Wong responded it would take only a few months.”
http://www.chinadaily.com.cn/english/doc/2005-01/25/content_411977.htm 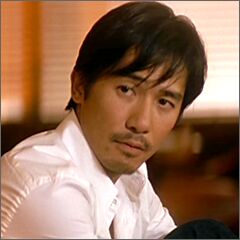 25 January 2005
Sina News also reported about the Bangkok conference. The article also mentioned that Nicole is attending a function to promote a brand name watch. At the event, Nicole was wearing flat shoes. The reporter commented that the medium height Tony Leung should not have much to worry about “looking up” to Nicole when they start filming in June.
http://ent.sina.com.cn/2005-01-24/0929638756.html

10 March 2005
According to this article, this is the first Wong Kar-wai to have a complete script. Because this film is a joint venture with a foreign company and also because Nicole has a tight schedule, WKW committed to complete filming in 3 months. Currently, filming is scheduled to start in June. At the moment, the male lead role is not yet confirmed. Contrary to previous reports, Tony Leung, who has starred in many WKW movies, may not join “The Lady From Shanghai”.
Even though this film has “Shanghai” in its title, and WKW is very fond of using some well-known Shanghai spots in his movies such as “2046” and “In the Mood for Love”, “The Lady From Shanghai” will not be filmed in Shanghai. The exterior shots will be filmed on location in Harbin (in Northeast China), New York and St. Petersburg, Russia.
http://ent.sina.com.cn/x/2005-03-10/0607673065.html

6 April 2005
This article mentioned that The Lady From Shanghai will start filming “this summer”. It also mentioned that Wong Kar-wai had already signed an agreement, which reportedly included a clause for the timely completion of the film. With WKW’s “ox-cart speed” completion of “2046”, Nicole has to pay particular attention that “The Lady From Shanghai” schedule does not get dragged out because she has multiple filming schedules at hand. It could very well be that “The Lady From Shanghai” may end up being WKW’s first film to be delivered on time.
http://ent.sina.com.cn/x/2005-04-06/0358694887.html

May 2005
Inside Film Magazine May 2005:
“‘Hitchcock’…seems to be an especially big influence on his up and coming film starring Nicole Kidman. The US$25m film will be shot in China and Europe later this year is a thriller and he has chosen the ever popular goddess Kidman because ‘she is both dangerous and in danger, and that is what everything is about. Opposing qualities of strength and deep fragility.’
Wong has locked in Kidman with a secret story idea and this time will be using scriptwriters on set. He says, ‘the best directors are like architects and give you a window into another world’.”